Right now, the meta in League of Legends is constantly changing and you might be thinking about picking up a new champion to end the season strong. In this article, we have compiled the perfect list for you to help you guys choose that champion that is worth picking up. We’ve accounted for things like how easy this champion is to pick up. How good the champion is when blind picked? And the overall strength in the Meta.

In the starting off the list, we put Samira because we think that if you play a couple of games and have a decent understanding of how the champion works then you’ll be able to rack up some free lp. After all, we think that her numbers on the release are pretty bonkers. I think it’s pretty hard to play this champion and practice her because she will probably be banned in a draft pick.

But being familiar with how much damage your skills and combos do by limit testing and also knowing your ins and outs certain team fights you’ll be able to abuse the pick against those who don’t fully understand her kit and overall damage output.

We think that she is a harder champ to pick up compared to the rest of the picks but because she is new and her numbers are quite strong in the release we think that it won’t hurt to pick her up and see if you can have any success with her.

Our first pick for the top lane is Garen. He has one of the simplest kits in the game and has pretty good numbers for his abilities to make him a pretty strong pick. Right now, he is quite on the stronger side even as a blind pick as you can go 50 50 in most matchups.

A couple of tips to help you get started with this champion is to first master the timing on his “W” and understand which windows to take. When trading Garen’s “W” is an extremely strong spell because of how much damage reduction and tenacity that you instantly get after activating the ability the damage reduction only lasts for 0.75 seconds so getting the timing right on blocking the hard-hitting spells is crucial for finding success.

With this pick also what separates a good gamer from a bad gamer is knowing the windows for trades or all ends the bread and butter combo that you want to constantly look for is an auto-attack. It’s a cube reset into “E” while using your “W” to block any incoming “CC” or hard-hitting spells. 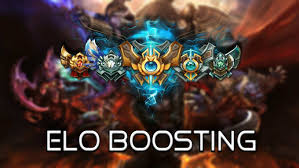 Malphite is our second pick for the top lane. There are a bunch of tanks top laners that are in a really good position now, but we think that this rock buddy Malphite is the easiest to pick up and can impact the games the best. Pick them up if you want to get your opponents stuck between rocks in a hard place and sometimes both of those are you similar to Garen.

He has quite the simple kit and is easy to play because of that how you can effectively impact games with this pick is to take favorable trades and any melee champions that rely mostly on auto attacks and look for those game-winning ultimate’s during the team fights.

Your “e” pretty much makes any auto-attacking champion useless for a couple of seconds. So if a Jax or an Irelia jumps you can simply start by using your “E” and then auto into your “W” for free trade. If you can zone off your opponents from cs and maintain a good cs per minute yourself you’ll become an immortal rock in the mid-game and then pretty much make it so that you could secure the late game.

Nunu has been quite strong for a while now and we still think that they are really strong. You know including Willump we believe that he is extremely easy to pick up and can find success easily in pretty much any ranked bracket. The two main reasons why are because Nunu does not require a lot of mechanical skill and not a lot of people ever respect the new snowballing into their lane.

You pretty much want to repeat gank over and over until the opposing team wants an AFK because their jungler is not matching the Nunu ganks and his clears. If the laner has no escape tools and is in the middle of the lane snowballing pretty much ensures that you get a flash or possibly a kill.

The crazy part is a bunch of ganks still work even if you somehow miss your snowball because your chomp and snare almost guarantee a kill. With that in mind, the rest of this kit is extremely forgiving throughout the entire game as the snare is almost always guaranteed if you manage to get in the range also you can stay relatively healthy throughout your whole clear with your chomp healing, and you can secure dragons with that true damage and smite in team fights you literally can just press “r” and offer your whole team a whole bunch of peel.

Warwick is another pick that is quite forgiving as a jungler. Similar to Nunu he doesn’t have any health issues when clearing because of his passive and “Q” healing. You can also look for any skirmishes in the river with almost full hp.

Along with being healthy you win most matchups against melee champions because of your natural tackiness from your “W” and being able to keep DPSing while they are feared after reactivating the spell. You want to typically clear three camps along with your blue and red and whatever sides you finish on you want to look to gank the closest lane. This is typically the lane where you can run down the opponent with blood hunt passive from your “w”. Try to get an early gank off because you can snowball really hard with this pick.

League of Legends Boosting and its Benefits

You must have heard about ELO boosting every time people talk about the league of legends. But you are not sure what does it means. League of Legends boosting is the process of leveling up your account with the help of professional players. These professional players will play through your account to boost up your rank in very little time. The benefits of the league of legends boosting are mentioned below.